Bringing the skills of a literary historian to the subject, Brian Moloney considers the genesis Modern television has become so predictably vulgar that a PBS station in New York recently launched a series of subway ads lampooning reality shows. The posters promote fake shows including "Bad Bad Bag Boys" and "Knitting Wars," alongside the slogan: "The fact you thought this was a real show says a lot about the state of TV. Bouzaglo, who has repeatedly ignored requests for comment, was expected to discuss her proposed reality show on the television newsmagazine "Inside Edition" late Tuesday.

She and her husband, Samy Bouzaglo, said they went on the show to disprove bad online reviews of their business, Amy's Baking Co. But their story went viral after host and celebrity chef Gordon Ramsay ended up walking away when they grew incensed over his constructive criticism.


It's not hard to imagine the foul-mouthed, defensive couple launching a TV series and creating a line of, say, Amy's Angry Kitchen products if only because so many others have already blazed that path. On Bravo's "The Real Housewives of New Jersey," Teresa Giudice launched a line of cookbooks and hair products after flipping over a table at a dinner party.

Beauty pageant participant Alana "Honey Boo Boo" Thompson became a household name after the TLC network created a show capitalizing on her family's redneck stereotypes. On MTV, the nastiest "Real World" contestants are often the ones invited back each year for an athletic competition show that can sometimes feel like the cast is reliving their cruelest high school memories.

That doesn't mean reality TV is a positive distraction. A growing body of research suggests watching people act like jerks on TV inspires others to be less kind or sympathetic. Call it the Kardashian effect.

If TV consistently portrays people as selfish and uncouth, it basically sends the message that such behavior is acceptable and lucrative. Search News Search web. Bouzaglo announced she is shopping around her own reality TV show. 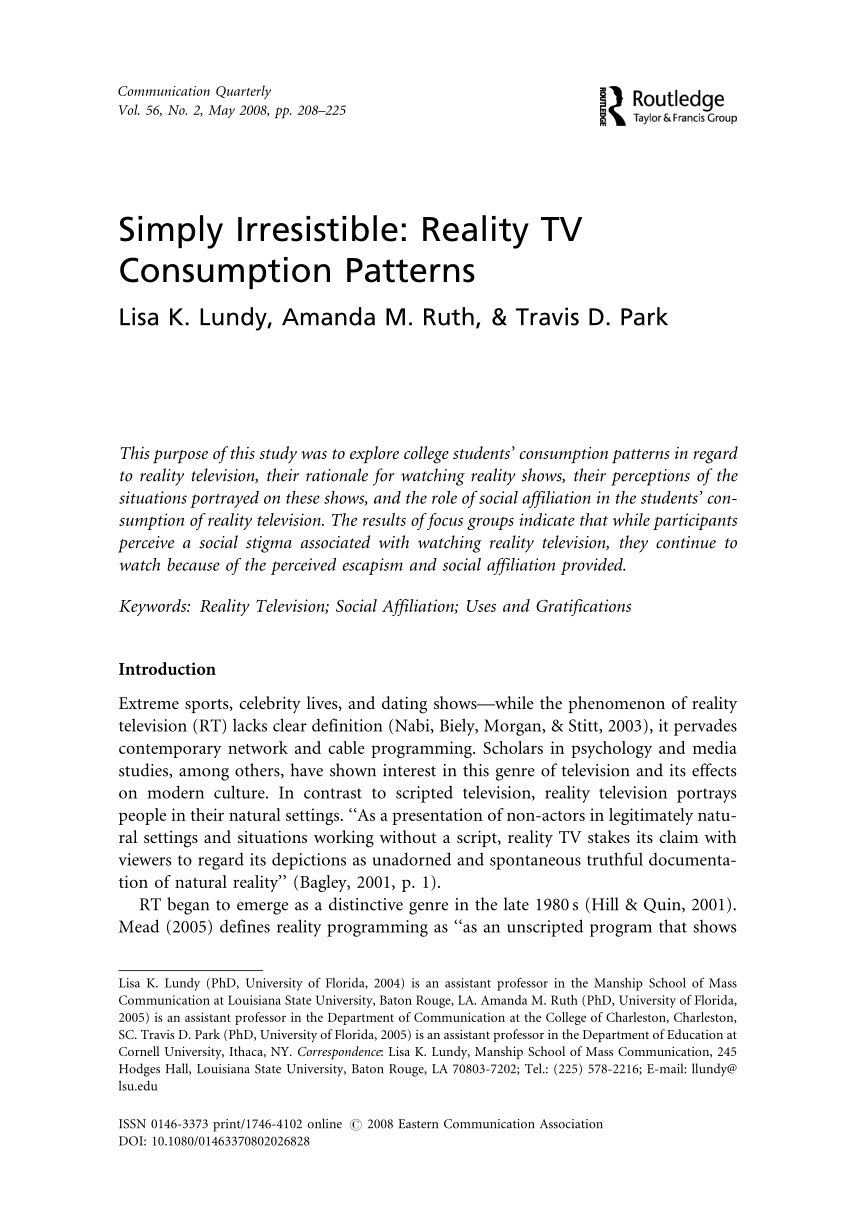